Not much is known about this young dryad’s past. She initially started appearing in Chollanwood forest some time back. Merchants and traders would tell stories about hearing the sound of crying within the woods. When they investigated the sound they would find the dryad sniffling below a tree. Many had tried to approach her, but she would dash away at first sight of them. At first few believed the story, since the locations were always so far apart and dryads aren’t able to travel that far out of their grove. They coined her with the name Weeping Willow in jest. It wasn’t until a year after the first sighting that the rumors around the inn, became a reality.

A well known merchant was traveling with his family on a caravan through the Chollanwood forest. He had told his eight year old son to not wander off of the path, but he didn’t listen and became utterly lost. Willow found the boy a mile off the path, slumped under a tree and crying. She couldn’t help, but empathize with the child who was lost and alone. She approached him in a warm manner and offered to take him back to his parents. He was ecstatic and gladly followed her. The caravan was in awe as the boy stepped out of the treeline clasping the hand of the rumored dryad. The merchant couldn’t thank her enough, telling her he was worried sick that he might have been picked up by bandits. She told him about each location that did have an encampment and how they might avoid any bandits. He was surprised at how much she knew about the surrounding layout, to the smallest detail. He told her that with her knowledge she could help a lot of people. He was willing to teach her how to read, write, and make maps; depending, he might teach her his own craft. At first she was reluctant, but when she found out how maps can show locations of places where people live, she changed her mind. It seemed as though she was wanting to find someone in particular, but never said who.

He brought her back with him and she was a star pupil. She learned quickly and made a name for herself with most of the elven colonies around Chollanwood. She was know for selling the most valuable commodity of all….information. She made it her business to know the entire layout of the trade routes and helped perpetuate safe merchant travel amongst them. She never gave her true name and no one really ever asked. The name Willow, that was a joke at first, seemed to have stuck.

She was soon summoned to join the Steel Vanguard group in charting and establishing a new kingdom. At first she was reluctant to join such a band of violent individuals, but it seems after time she is hoping to learn something from them. Perhaps gain that vicious edge she never had or gain the type of blind courage the Prince beams with. Either way, all she really hopes for is to survive this insane adventure in the end. Because if the creatures and villains don’t kill her, the groups insatiable deathwish might. 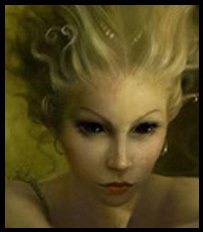